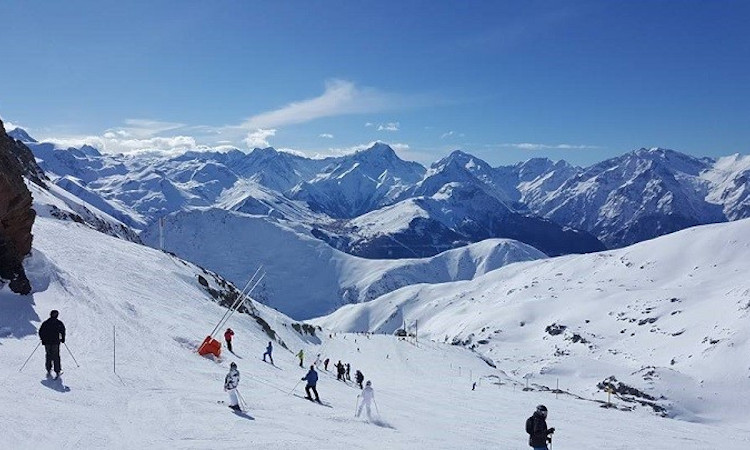 Who wants to ski a bit, and then sit in a lift for a bit when you can ski down 16 km of groomed piste? The Sarenne starts from the summit of Mont Blanc in the Alpe d’Huez ski area at 3,300m above sea level and descends 16km to 1,510m. It’s the longest single “black run” in the world. But don’t let that put you off, you don’t need to be a champion to tackle it – only the first section near the Sarenne glacier is steep. The rest of the run, is not especially steep but is lovely and wide and runs on moderate slopes, isolated from other tracks, with breathtaking views of the surrounding landscape. 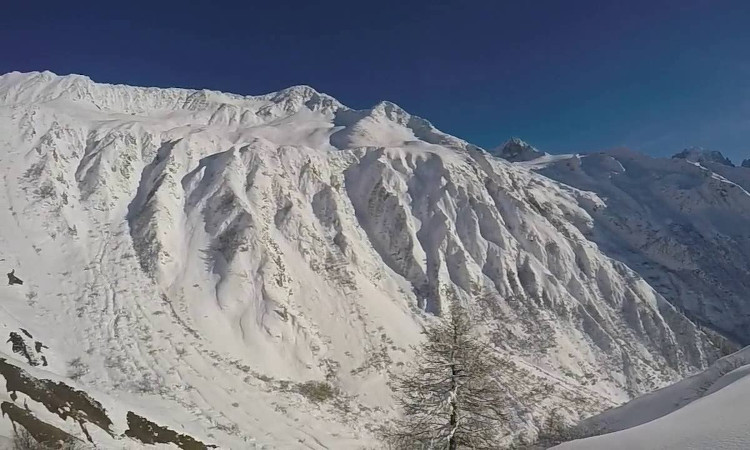 Skiing and great views go hand in hand but the views on the La Flégère side of Chamonix are something very special. The Combe Lachenal red run starts at the very top of the Index chairlift at 2,400m, and offers much more than just a south-facing route – there’s a 700-metre drop and 8km of light powder to enjoy here. If the weather’s good, it boasts a great view of the Chamonix Valley and the majestic Mont Blanc, which looks truly impressive against the blue sky. We don’t always want full sun on every slope we ski! In Flaine, the blue Cascades piste not only links Flaine with the village of Sixt-Fer-à-Cheval in the Grand Massif – it’s also a beautiful ski run (14km, with a 1,700m vertical drop) through forests weighed down by fresh snow. There are beautiful panoramas of the great peaks (Mont Blanc, Aiguille du Midi, Dent du Géant and Grandes Jorasses) and you often run into chamois and ibex as the run has the feel of backcountry skiing without a lift in sight. 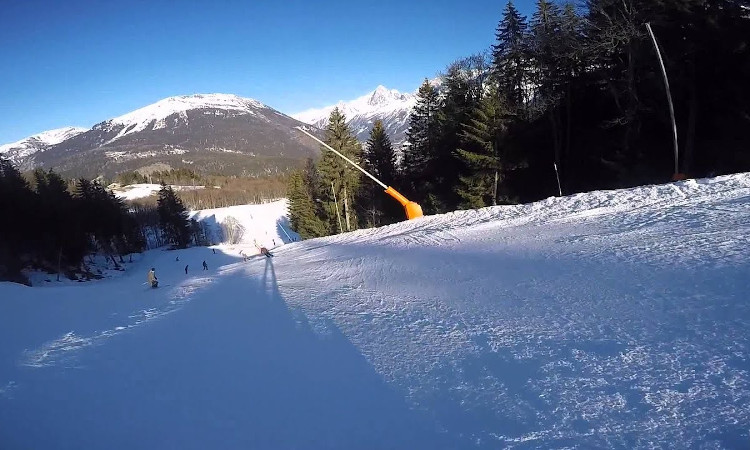 Don’t be fooled by the name: ‘La Verte’ at Les Houches as it is in fact a black run! It’s among the most technically challenging in the Alps! It hosted several World Cup downhills, with speeds reaching 140km/h. So it’s best to be a confident skier for this – adding to technical challenges it’s often frozen, and it’s punctuated by some pretty dangerous passages. The trickiest are La Cassure and Le Goulet, dreaded by even the best skiers among us! 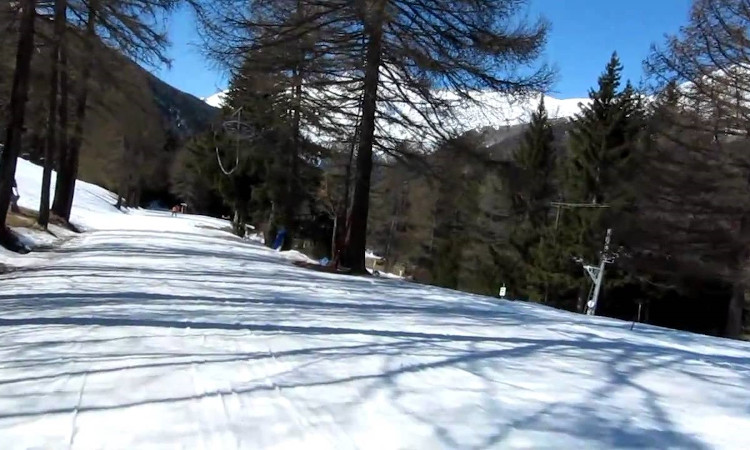 L’Escargot is a green run in Val Cenis (Savoie) starting at 2,100m. an impressive 10km length, it’s notable because it closely follows the road built by Napoleon in 1805 to defend France. The Emperor, like Hannibal and his elephants before him, had had enough of dragging their weaponry through the snow, in order to cross to Piedmont in Italy. Sitting above Nice in Alpes-Maritimes, Isola 2000 is one of Frances sunniest ski resorts. When that perfect combination of snow and sun arrives, there isn’t a better place to be. The slopes are above 2,000m and give views of the Mediterranean Sea on clear days, especially from the red Sistron run. 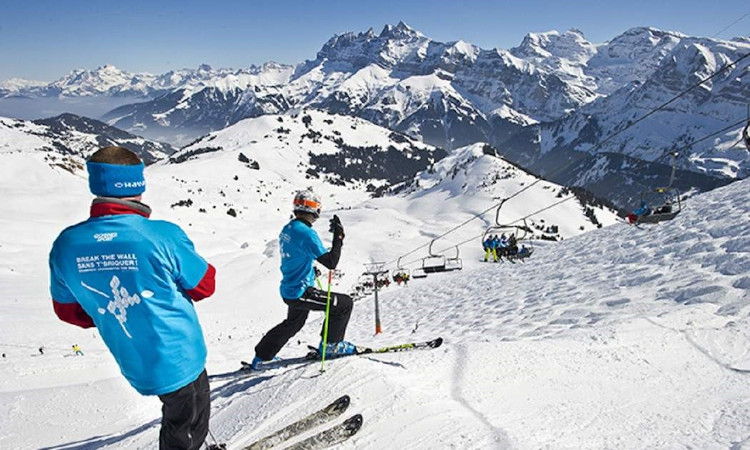 In Avoriaz, the Pas de Chavanette – AKA the ‘Swiss Wall’ – is a black track with fearsome reputation that plummets 400m in less than a kilometre. It’s never groomed as access with machinery is too dangerous!

At the start, it’s pretty terrifying – and if that wasn’t enough, moguls and rock bars punctuate the course. It’s a must-do for competent skiers but a nightmare for the less able skiers and snowboarders. Luckily, the chairlift runs downhill as well as up, in case you change your mind! 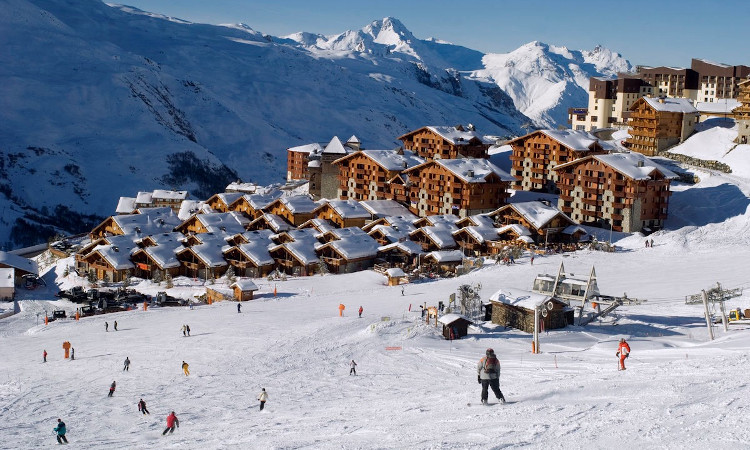 For many skiing isn’t just about speed and pitch. In Les Menuires, there are some lovely relaxed runs. We especially like the drop from the top of the 3 Marches to access the Boulevard de la Becca, Grand Lac and Pelozet: this long, west-facing descent holds its snow well. It’s an easy blue run that is adaptable to all levels and alternates large curves and beautiful widths with jumps and long fast schussing sections. All overlooking the picturesque Belleville Valley and its huge circle of snowy peaks. Perfect for skiing with the family and a great place to have lunch. 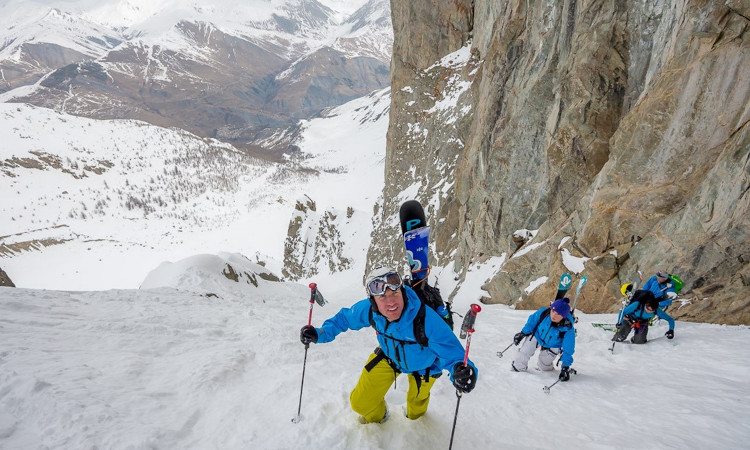 Accessible from Les Deux Alpes in Isère, La Grave is the number one destination for off-piste enthusiasts in deep powder, far from the crowds and lift pylons it offers extreme skiing on wide runs. First you reach the Meije glacier (3,200m) by cable car – then you descend to the station through the most unlikely corners of the mountain. An extraordinary experience – but to be undertaken with a guide. 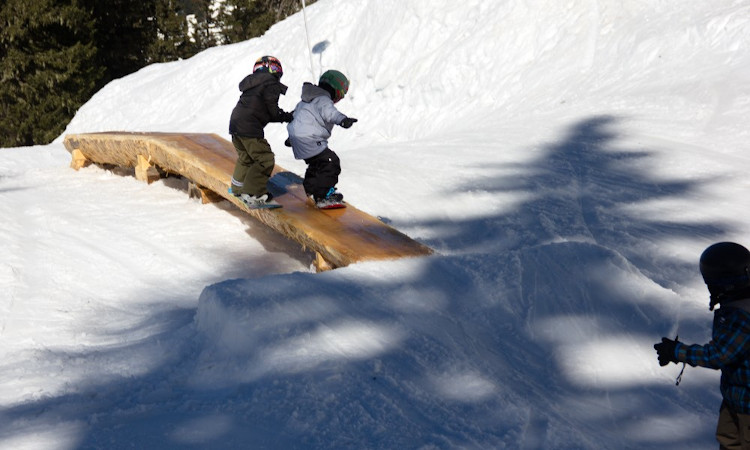 The stash in Avoriaz is great fun. Little kids can see the big kids hit the tricks and try them for themselves on the junior rails. There’s lots of carved animals and obstacles too. Everyone gets to ski through the trees and enjoy the show. The Stash travels from Avoriaz down to Lindaret where all the best restaurants and crepes in the whole region are based, so is the prefect destination either before or after lunch.