Skiing Holidays in the Grandvalira Ski Area in Andorra

The Grandvalira ski area in Andorra is made up of Soldeu, Arinsal, Pas de la Casa and El Tarter, It’s a great ski area with modern lifts. Some alpine skiers who ski the big French resorts have a snobby attitude to the skiing in Andorra and we too were guilty of this too until we spent a week here in March 2015. There is no doubt the ski resorts have moved upmarket since we started Ski Line in 1995 but it’s true the costs have gone up too, it’s no longer a destination for a cheap skiing holiday, despites its tax haven status.

Andorra is a real skiers’ country, with more KM of piste than it has of roads! Its also a great deestination to find a good ski deal.

Ski Line offers catered ski chalets, Hotels and apartments in Grandvalira ski area with a choice of around 50 different ski deals in Andorra to choose from. 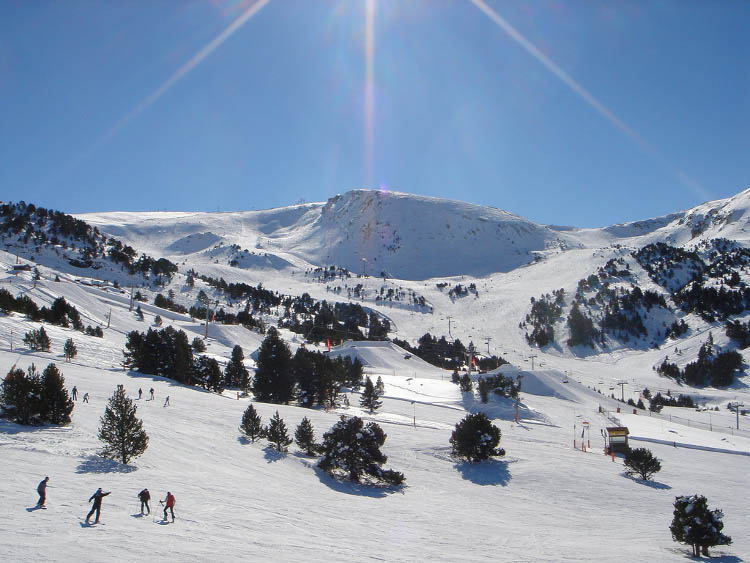