Skiing Holidays in the Three Valleys Ski Area in France

Courchevel has 4 villages, the top is at 1850m and has smart hotels and chalets and one of the best lift departure points anywhere, La Croisette has several lifts connecting with this huge ski area. The village at 1650m is at the far end of the valley and as a consequence, many skiers stay here head out towards the other valleys, so the slopes are some of the quietest in the whole area. A great area for timid blue run skiers. We have a huge choice of very good ski chalets and smart luxury hotels in 1650. Ski Line offer ski deals to all the villages in the 3 valleys ski area.

Courchevel 1550m is located just below 1850, the two villages are connected via several lifts and a great toboggan run opened after the lifts close. We offer hotels, and chalets here. Last winter saw the opening of a seriously impressive aqua centre with a surfing area, great pool and spa, its located in a valley between 1550 and 1650 and will appeal to families especially.

The lowest village and the most attractive village is La Praz (Courchevel 1350) famous for its ski jump a legacy of a previous winter Olympics games. The small cobbled streets have ski chalets hotels and a few apartments.

Each of the ski villages located in the fantastic ski area has a very different feel, La Tania is small and compacted in a wooded valley between Meribel and Courchevel La Praz. Most of the chalets and apartments in La Tania are very close to the slopes which link La Tania to the Three Valleys ski area. There are three runs down a red, a great blue, which is our favourite blue in the whole area and a green which is ideal for beginners. A fast gondola lift connects the village and never has queues of more than 3 to 4 minutes even in the busy times. There is an excellent nursery slope in a safe area for beginners.

Meribel has long been popular with the British, in fact it was a Scot who first introduced skiing here. Meribel is’ chalet central’, we have 100’s of chalets scattered around the resort, few are ski in ski out and the ones that often have a price tag to match. To get around this and to avoid using the resort bus, many chalets operate a mini bus shuttle service to and from the lifts each day. Meribel also has two Club Med all-inclusive hotels. Just next to Meribel centre is a small satellite village called Meribel village, it’s small, with a few chalets and apartments, it’s all about ski convenience here with a good fast quad chair connecting into the rest of the Meribel valley and the 3 valleys ski area.

Mottaret, often referred to as Meribel Mottaret is slightly higher than Meribel at 1750m sitting close to the valley connecting to the Val Thorens valley. We have limited catered chalets here, but they are some larger chalet styled hotels, traditional hotels and many apartments available.

The next valley includes Val Thorens at the top, which is Europe’s most snow-sure and highest ski village at 2300m. Here Ski Line offer a good choice of catered ski chalets, hotels and apartments. Club Med has one of their flagship ski hotels in Val Thorens, its called Sensations and is a truly outstanding hotel, with ski in ski out convenience. 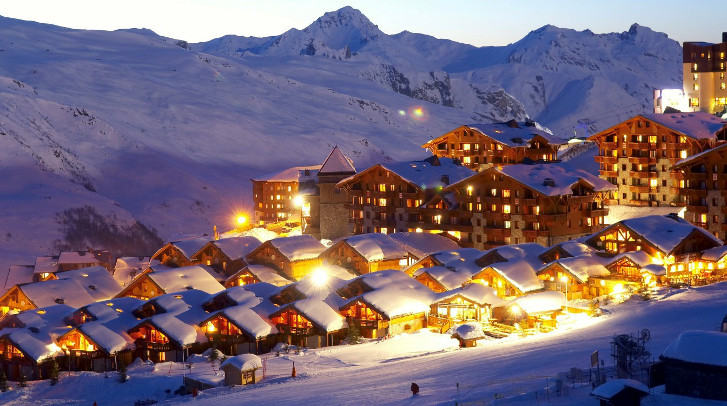 Below Val Thorens are the villages of Reberty 2000 and Les Bruyeres which are small satellite villages of Les Menuires, home to a number of chalets and hotels and more apartments, many directly on the slopes.

At the bottom of this valley is the charming (back door) ski resort of St Martin de Belleville, we have been promoting this village for over 20 years and today it’s established its self as an upmarket village which boasts a number of Michelin star restaurants. We offer some wonderful independently run luxury ski chalets here, some of which are rented directly with the owners or are own run small chalet businesses. Even if you don’t stay here, you must ski down for lunch or coffee, we think once you have you might be back next winter for a holiday! 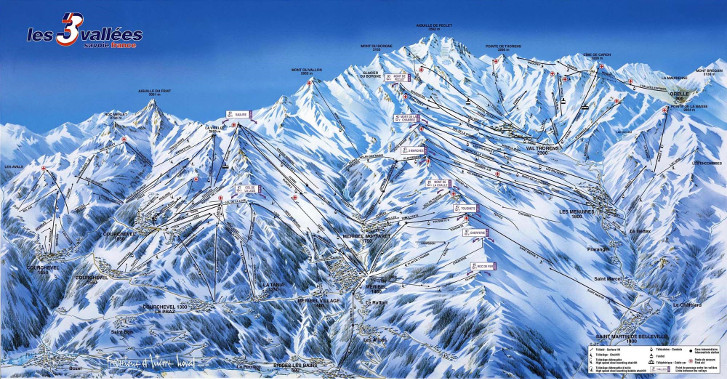 Top Places To Stay In The Three Valleys