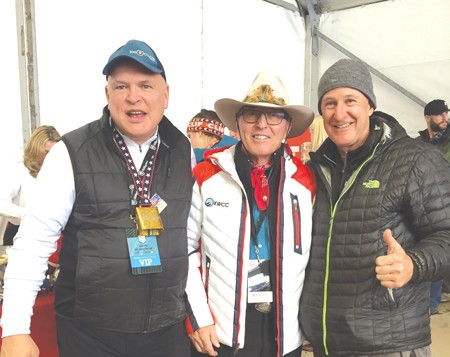 Hats off to a 65-year-old Vermont man who is trying to set a new world record for the amount of vertical feet skied in a season. My knees at 58 struggle to ski more than 30 miles a day!

Scott Howard is trying to set his record at Killington ski resort in Vermont, which plans to stay open at least to the end of May, which will no doubt assist him in his record attempt.

Mr Howard is reported to arrive at Killington before the lifts begin operating with his ski boots on and to only take two short breaks during the day in order to stick to his target, skiing regardless of weather conditions. That’s a hard core skier.  Good luck Scott!