Shhh…don’t tell anyone about the Grand Massif ski area 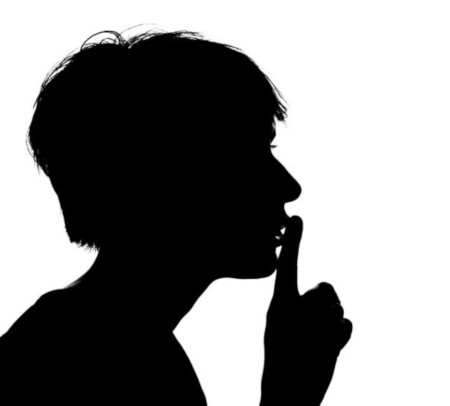 One of my last ski trips of the 2019 season was to Samoens, it wasn’t an obvious choice for skiing at the beginning of April but turned out to be an inspired choice.

The Grand Massif is Frances 3rd largest ski area. We Brits flock to the other large ski areas of France, such as the Three Valleys, Espace Killy and even the Portes du Soleil but the Grand Massif remains a hidden gem the French would rather keep to themselves.   Even my favourite book, the skiers’ bible (where to ski and snowboard) doesn’t even have a chapter about the Grand Massif ski area.  Perhaps the editors Chris Gill and Dave Watts are fans too and part of the conspiracy to keep the Grand Massif a secret for just the French.

There is a lot to love about the skiing in the Grand Massif, the ski range is between 700m and 2480m which provides 265km of piste skiing covered by 69 lifts. It does include the odd slower lifts.  A lot of the slopes face away from the sun, so conditions here are often excellent towards the end of the ski season.  There are lots of tree-lined runs if the weather closes in too.  On slope, prices seemed very reasonable compared to more popular destinations.

During my stay, the snow on piste was excellent from early morning until just before the lifts closed when it was beginning to show signs of the spring date, also in evidence the pisteurs had harvested snow from the off-piste areas to great effect. 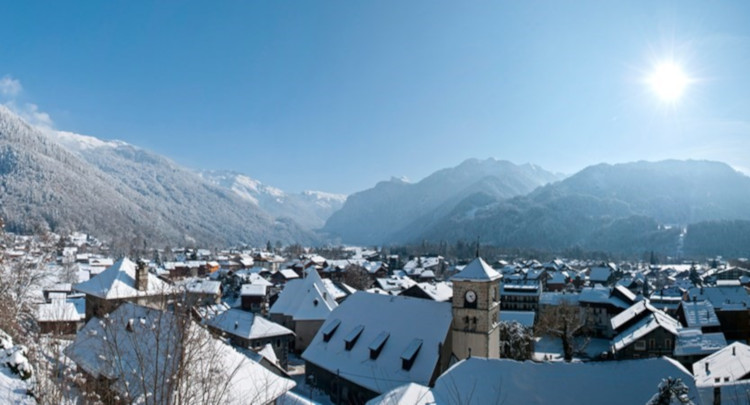 Samoens is the prettiest of all the villages in the Grand Massif ski area. An old stone cutters village, many of the original old stone masonry buildings look too grand for small a mountain village.  I’m told it’s not a convenient ski base as at just 700m, for most of the winter your arrival and exit from the mountain requires a gondola ride, which in peak times can mean a few delays! 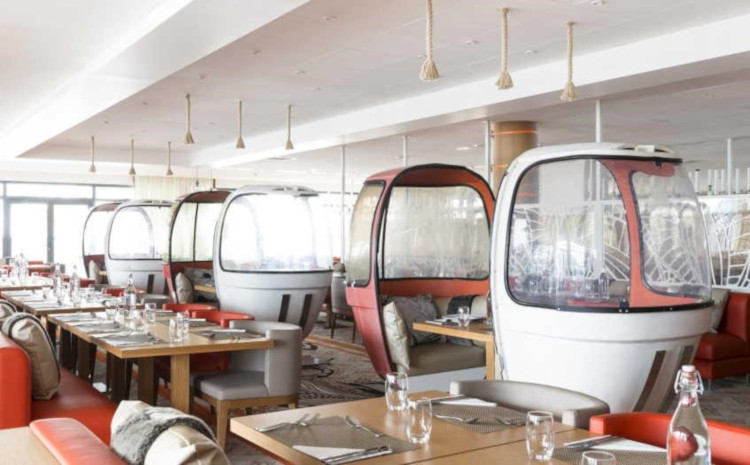 I stayed in the recently opened Club Med Samoens, that’s conveniently located some 400m above the village which eliminates the gondola queues lower down. I highly recommend a stay here, especially for families. 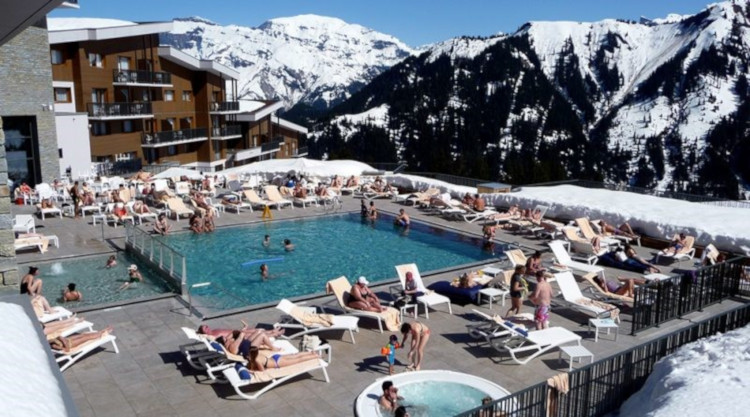 I spoke to many of the British guests whilst there and all, without exception reported how delighted they were to have chosen Club Med when visiting Samoens.  The all-inclusive holiday concept for skiing is really catching on. 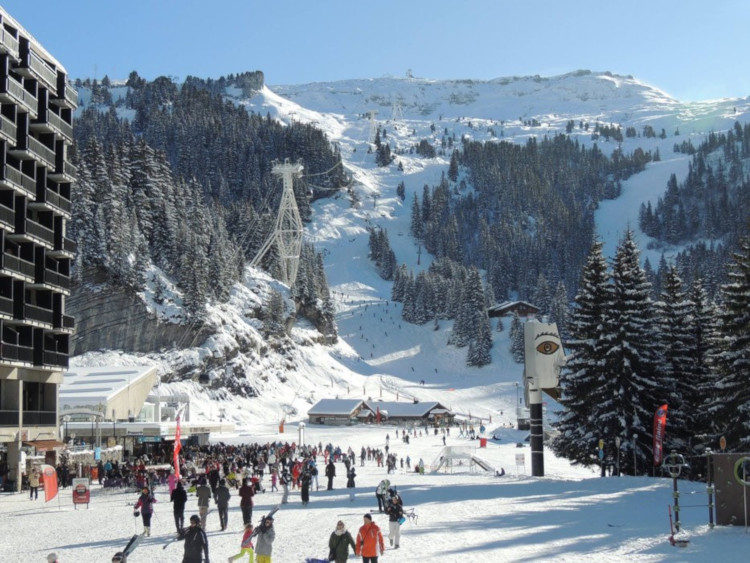 Flaine is the most visited village in the region although its purpose-built design leaves me a little cold. Built in the 1960’s it has all the charm of other 1960’s-built towns such as Croydon! Strangely, the French love it so much that many of the buildings are listed!  Thankfully some of the new buildings such as in the Hameau de Flaine are chalet styled timber buildings, providing an all-together more alpine feel.   The skiing in the bowl above Flaine is very good for intermediate skiers, long blues are perfect for long carving turns, especially the Faust.  We spent most of our days skiing here. The Cascades run closed the week before we arrived. This long blue is 14km and takes you far from lifts before dropping down through the trees to the village of Sixt at 800m.

Sixt is the smallest village, not convenient as its only ski lift serves a small mountain. To get in or out, it’s a bus ride, as the lifts are located just under 1km from the centre. 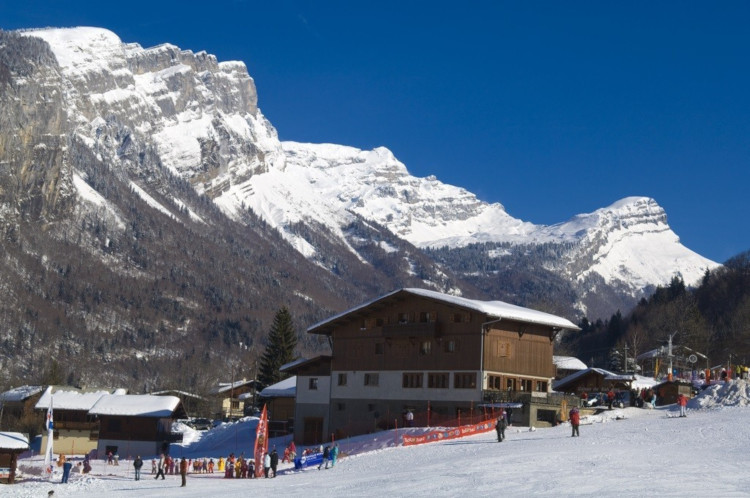 One of the signature runs of the Grand Massif is the Cascades, which finishes in Les Carroz, at 14km  long and blue, it’s popular with all levels and a run that takes you a great distance from civilisation, lifts and is a ‘must ski’ run.  At 1140m it’s more snow sure than the lower base of Morillon. 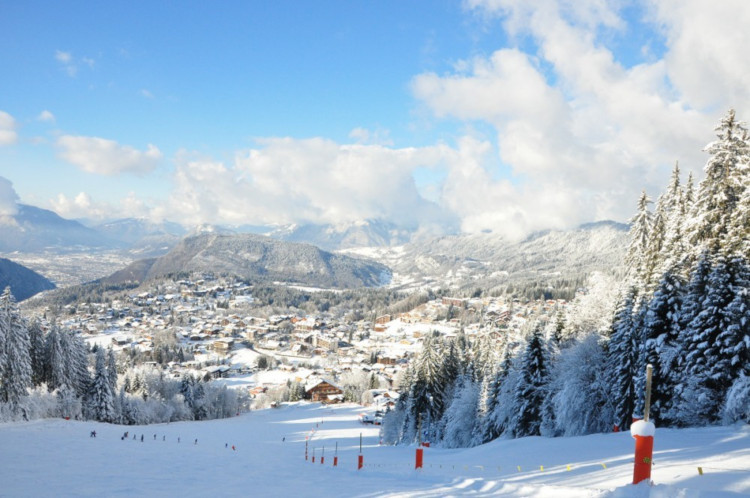 Morillon is a friendly and authentic Savoyard resort, located on a wooded plateau. It is popular with families visiting the Haute Savoie region.  The main village is located at 700m but a higher base of mostly apartments is situated at 1100m which was completed for the 2006 winter Olympics and is car free. Morillon has excellent beginners’ slopes and a special ski pass for first-timers. 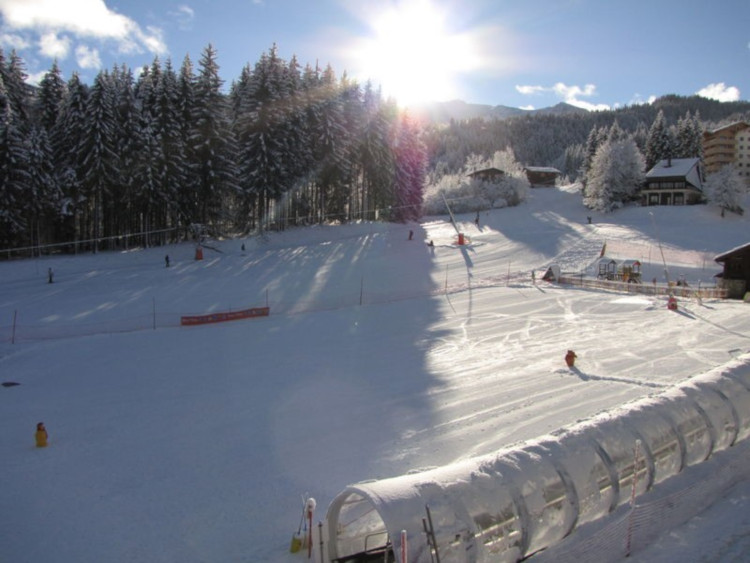 Family pass 6 days and extra 10% additional discounts for families of 4 to 6 people.

50% discount Lift Pass deals in the Grand Massif book and pay for your ski pass before the 10th Dec and get 50% discount!