Why Ski in La Tania?

The ski resort of La Tania is located at 1450m the same height as Meribel which is about 3 km by road.

We have a real soft spot for the ski resort of La Tania, home to a good selection of Chalets and apartments and a couple of hotels. La Tania was originally built for 1992 winter Olympics to house athletes in apartment buildings built right on the slopes.

Within a few years Chalets started to appear built on the hill side and surrounded by trees. There are two main runs down from above Courchevel 1850 one red and one blue, that later is in many peoples opinion the best blue run in the whole of the Three Valleys ski area which covers 650 km of piste. A few years ago a new green run was cut allowing beginners an easy way down but most will return via the bubble lift.

The resort is largely car free as a large car park with free parking is available just below the village and cars are normally only seen on departures days, either Saturday or Sunday. This makes it a popular choice with families.

Departing the village via a bubble car connects to the Dou Des Lanches chair where at the top you have the choice of dropping down to either Courchevel to the left or Meribel to the right so it’s ideally located to make the most of the whole ski area of the 3 valleys.

La Tania is a popular spot to have lunch with many of the ski instructors bringing their guests down to have more affordable meals in the village.

Ski Line offers a good selection of chalets, some with tour operators who include flights and transfers some with in house crèches for families and many with hot tubs, but also work with smaller independent chalet companies who offer chalets without flights. We also have a massive collection of self catered apartments all of which are slope side or within easy reach of the slopes. 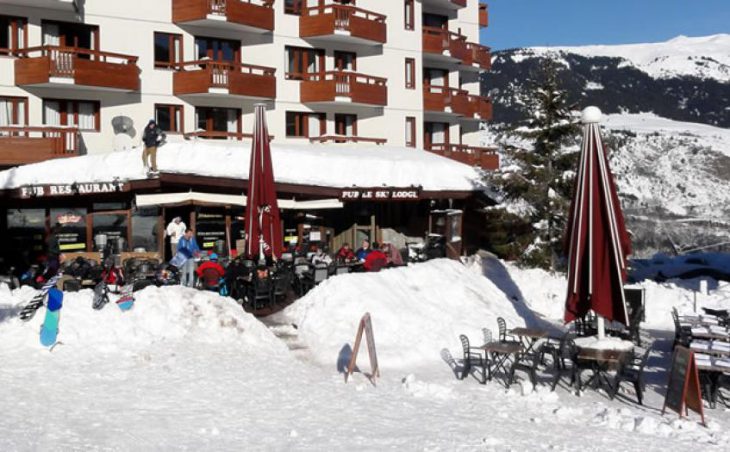 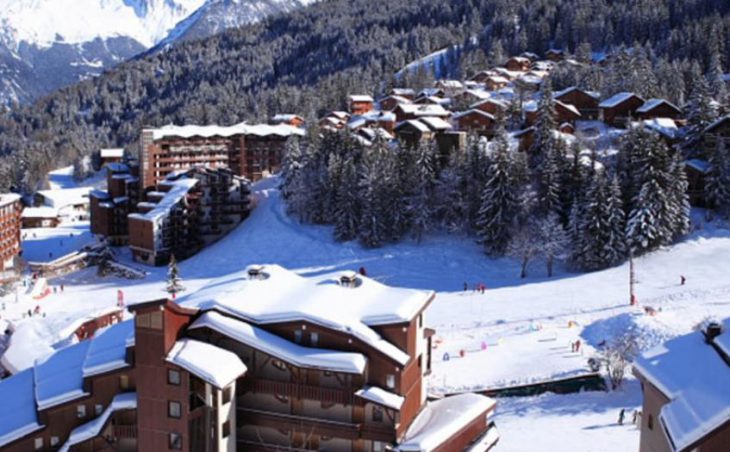 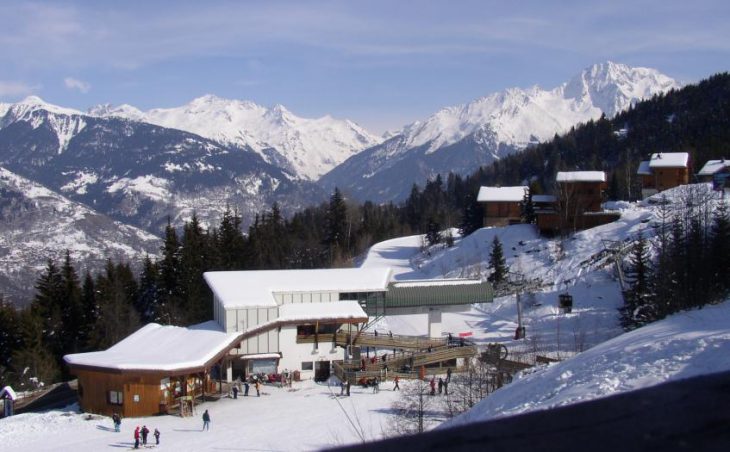 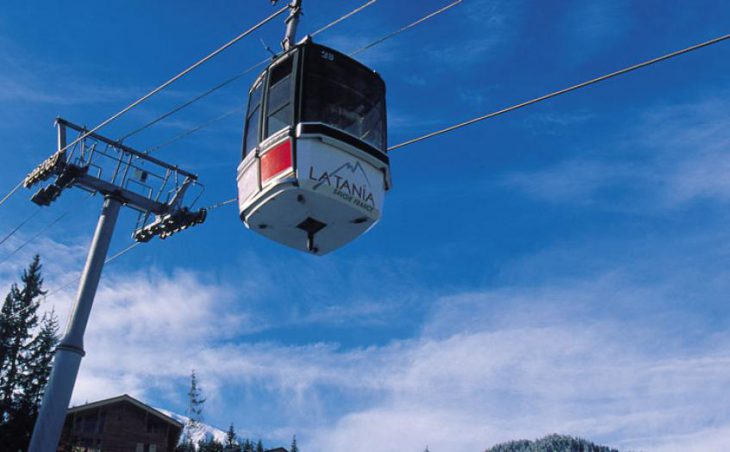 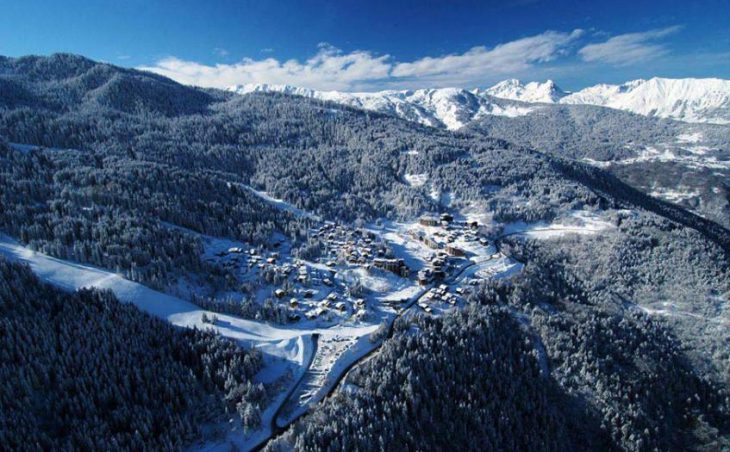 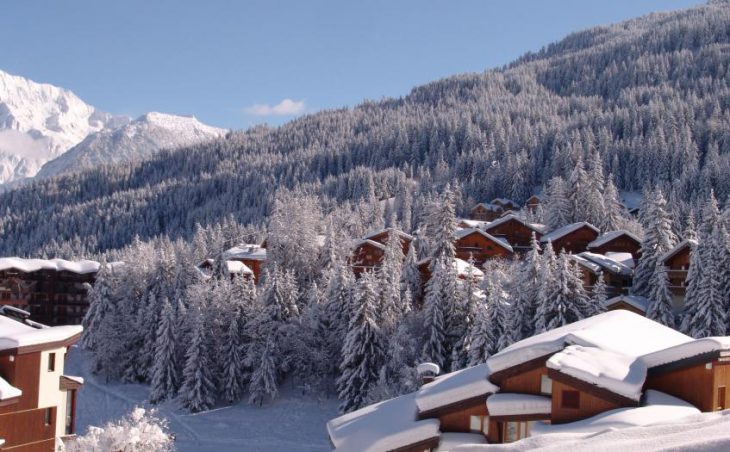 We have a couple of great ski schools operating in La Tania New Generation has a good reputation for teaching children. The nursery slope in the village is serviced by a free lift and is an ideal place to start. Although a new green run was finished serveral years ago it’s narrow and a bit steep in places for complete beginners who would prefer to come back down by the bubble lift. New Nursery slopes at the top of the gondola was opened for the 2010/11 season meaning that in poor snow beginners now have a higher place to learn that the lower beginners area, this is serviced by a magic carpet making it ideal for younger children and more convenient for parents wishing to check on young ones during the day

Intermediate skiers and snowboarders will love both the red and particularly the blue run back down to la Tania; the latter is a sweeping run through the trees and when the snow conditions are good we can think of no better Blue in the whole of the ski area that makes up the 3 valleys. 75% of the total runs in this ski area are ideal for intermediates so even the most piste hungry will be happy all week.

Advanced skiers will find good challenging runs all over the 3 valleys. The off piste skiing around St Martin de Belleville is superb, but more locally you can head to the top of the Saulire cable car and descend down one of the three shady couloirs which are some of the steepest in Europe. Also the black down to La Praz can be fun and drops over 1000m.

For a small village the night life is surprisingly good although there are only 3 bars the owners make sure that they offer a good choice of evening entertainment, the ski Lodge is the most popular with seasonaires where live bands perform and DJ’s play music for dancing. Taiga bar has cocktails and is more laid back.

Activities off the slopes in La Tania

A bus connects La Tania to either the villages of Courchevel or Meribel both of which have activities including swimming and ice skating. La Tania its self has little in the way of off slope activities. The hotel Montana has a pool which is available for non residents for a small charge.