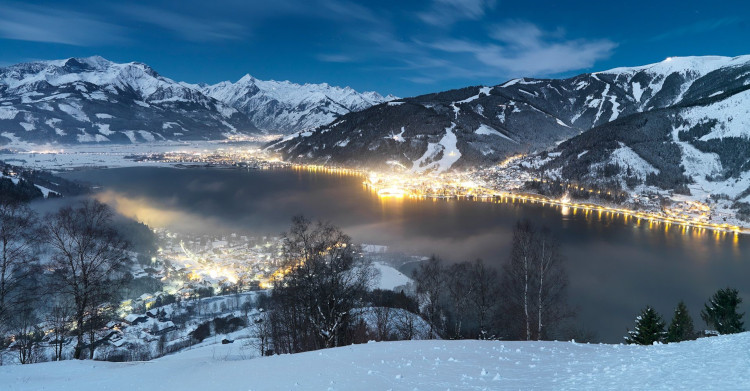 British skiers love big ski areas, that’s why we traditionally head for the large linked ski areas such as The Three Valleys, Espace Killy and Paradiski

The new lift connecting Saalbach and Zell am See is opening this winter but some argue that fact as the route is only one way, (a short bus is currently the only option for the return route) and that this disqualifies it from claiming to offer 408km of linked slopes.

The current largest area in Austria is the Arlberg around St Anton, Lech and Zurs, with 305km of runs but a new lower section of the ZellamseeXpress opening on 7th December 2019 means that from the 2019/20 winter season, skiers and snowboarders will be transported directly from the valley station in Viehhofen at the edge of Saalbach Hinterglemm’s ski area into the Schmittenhöhe above Zell am See  with the 10-person gondola.

The new lift means that on the Saalbach side it will be possible to ski down blue piste number 68 to the new gondola’s base station and take the lift up to access the Schmitten ski area. However, on the return leg from Zell am See skiers will need to take a short bus ride from the gondola’s base station to connect back into the Saalbach network as there’s no direct lift back from the bottom of that blue run.

We have written a lot about the “Measurement” methods used by ski resorts to calculate the lengths of its pistes. The ski area claims to offer 408km of piste and German Cartographer, Christoph Schrahe, says that in his opinion because it will be possible to ski the connection in at least one direction, it will be a connected area from next winter although he has put the combined piste length at 345km.

Mr Schrahe reports the area is the fourth biggest in the world by his accurate measuring system, behind Les Trois Vallées, Paradiski and Sella Ronda/Marmolada.