The Funniest Skiing Holiday Ever

The Altitude comedy festival – you will never have laughed so much so high up a mountain.

Skiline.co.uk are delighted to be an official partner of the Altitude Comedy Festival being staged in Mayrhofen from April 1st to 5th 2019. We will be offering the early bird wristband, normally £125 for just £99 when you book either a package holiday to Mayrhofen or one of our accommodation deals. If you are quick, there are only a few left, grab a VIP wristband for just £199 which allows reserved seats at the various comedy shows, free beer and a chance to ski with the famous comedians attending the show. 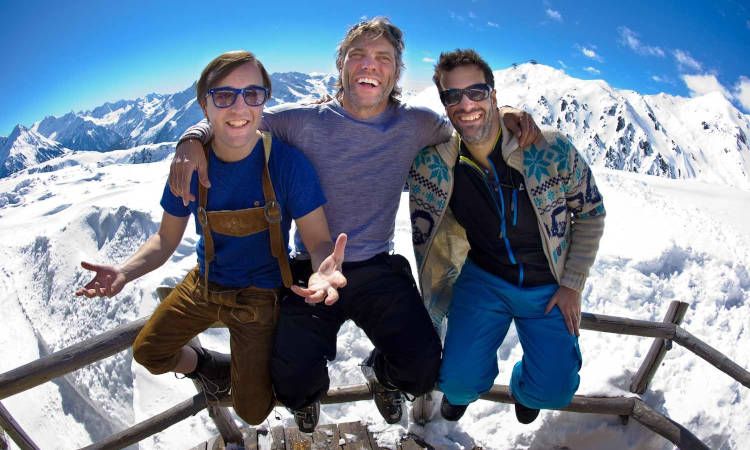 Having run for more than a decade, the Altitude Festival was first held in the French resort of Meribel and then in recent years in Mayrhofen, Austria. The Festival has brought many British and international comedy stars to the slopes including Eddie Izzard, Frankie Boyle, Jo Brand, Kevin Bridges, John Bishop, Bill Bailey, Jimmy Carr, Sean Loch, Tim Minchin and Lee Mack.