The London Ski Show returning to Battersea Park in October 2022

London hasn’t had a ski show since 2019 when the Telegraph group axed both its ski show and magazine. The show has now been taken over by The Smart Group who will be using the same venue in Battersea Part.

The Festival which is set to play host to 18,000 snow sports enthusiasts, and 120 exhibitors will transport winter sports fans to the mountains for four unforgettable days. The event is split into two distinctive sessions: Avant during the daytime, and Après for the evening.

The festival will be hosted by Chemmy Alcott, Britain’s greatest ever female skier and a four-time winter Olympian. She will be taking to the stage to discuss key topics such as mothers returning to skiing and how to get kids into the sport. Chemmy will also be joined on the stage by some of the biggest names from snow sports covering inspirational and educational topics.

The festival is also partnering with Snow-Camp, a charity that strives to give young people from inner-city communities across the UK, positive futures through snowsports.

Outdoors the 140ft ski jump will be the main attraction, where electric competitions and daring tricks will be taking place, performed by the best of British talent including the British Olympic team. The GB Olympic team will also be highlighting the incredible work that goes into maintaining athletes’ fitness by performing in a dedicated Parkour area, perfect to inspire the next generation into becoming the future team!

The London Ski & Snowboard Festival is set in the heart of Grade II listed Battersea Park, which guests can fully take advantage of, with horse and carriage rides for those wishing to explore, or for those hoping for an unforgettable view of the park, a hot air balloon experience is also on offer.

Chloe Jackson, Managing Director of Smart Group “As a group of ski and snowboard enthusiasts, we have worked hard to combine a perfect balance of engaging retail and exhibition space, alongside the high octane après atmosphere, ensuring guests are truly transported to the mountains for the day.”

The problem with the ski show for ski holiday companies like Ski Line is that it’s just too late, by October we have normally already sold about 70% of the holidays we book each winter.

The organisers are continuing to develop the London Ski Show and this winter the event will bring live shows and less of a consumer show, at least, that’s the public face. 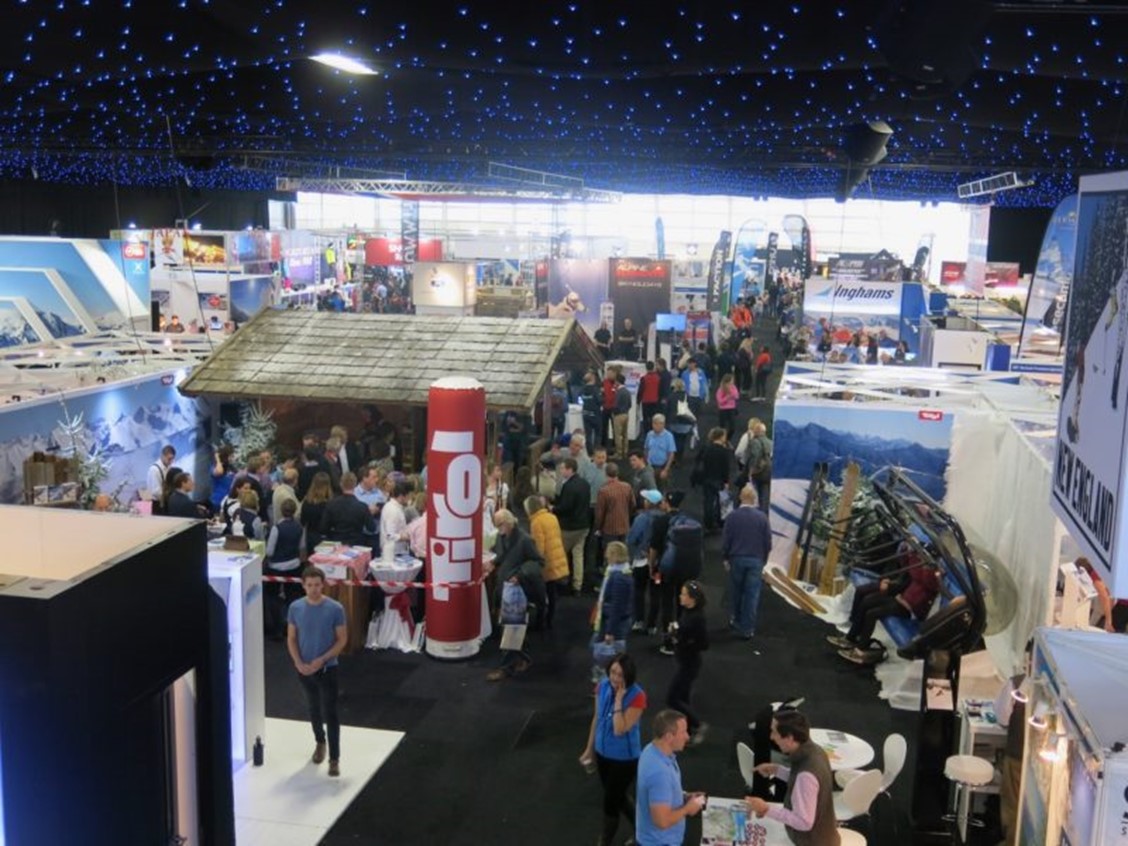 Greg Lawson, Smart Group’s CEO said “What we are creating is a ‘come alive show’, an experiential event celebrating ‘Avant’ in the daytime with a dream-like ski village, packed with activities for adults and children alike. Then morphing seamlessly into night-time, a vibrant, hedonistic world of après”. He added, “Festival-goers can expect to see fashion shows, a real-snow kicker and beginners ski slopes for lessons, chalet bars and entertainment, street food and the opportunity to try on and purchase everything they’ll need on the slopes.”

Greg said “We will be announcing other draws later in the year.”

Angus Kinloch MD at Ski Line said “The Ski Line team always attend The London Ski Show, it’s a chance to meet up with old friends in the ski business and it’s a wonderful warm-up for the coming ski season and gets everyone in the mood for skiing.”

Dan Woodley, Marketing manager at Ski Line said “We see visitor numbers to our website spike during the London Ski Show, it gets skiers and boarders in the mood for winter and I’m please see the London Ski Show continue and we wish the Smart Group all the best and hope it’s a success.”