Will the Eurostar service to the Alps run again next winter?

We are expecting an announcement in the next few weeks, that the Eurostar train has been chartered for a second year and that a service between London and Bourg St Maurice will operate again for the 2022/2023 ski holiday season.

The Eurostar Charter service that operated to the Alpes last winter was our best seller for apartment and hotel packages. Our packages via rail outpriced air packages deals, in most cases by around £300pp.

For example, groups of 4 paid just £480pp for a Eurostar package to Tignes over the Easter week, which included a cost of a 7-day full area Espace Killy lift pass worth €378.

It’s hardly surprising Skiworld are complaining we didn’t sell any of their “ski all in packages” last winter. You’d have to be mad to miss one if a Eurostar ski package were available.

For keen skiers the prospect of an extra day’s skiing on the Saturday made the Eurostar the obvious choice. 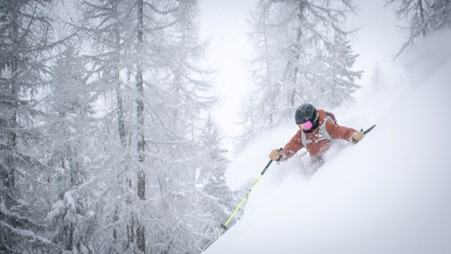 The Eurostar is charted by Travelski, a French travel agency, whom Ski Line act as appointed agents. Travelski are ultimately owned by Compagnie des Alpes; who own and operate several major ski resorts. We understand that Compagnie des Alpes, was concerned that a combination of Brexit’s effect on the catered ski chalet market and Eurostar’s decision to cancel their service to the Alps, would result in a drop in British visitor numbers. The solution was to charter the Eurostar for every week of the season, it did trick, as the Eurostar sold out every week!

It’s hardly surprising, that the Eurostar packages, will only be available to ski resorts owned by Compagnie des Alpes. It’s possible that the other resorts such as La Rosiere, Peisey-Vallandry, Meribel and Courchevel will also be added for 2023 ski season.

If you want to be the first to book your Eurostar package in 2023, sign up to our newsletter by clicking the button below.