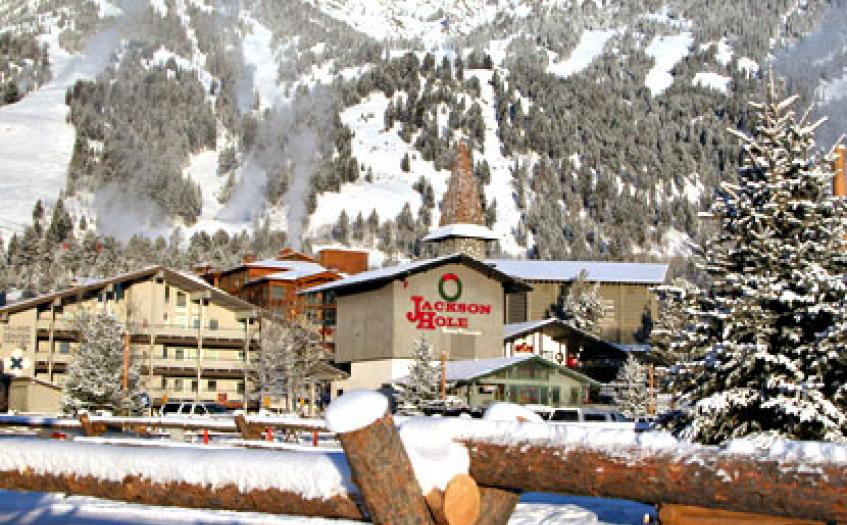 Why Ski in Jackson Hole?

Situated in the Teton Mountains of Wyoming, Jackson Hole has the deserved reputation of being an absolute Mecca for skiers due to not only its stunning scenery, but also because it offers some of the most challenging terrain in the world and huge vertical drops. Best for expert skiers its pistes are tough and steep and it has an excellent snow record too.

Basically there are two main parts to Jackson Hole. Teton Village is at the base of the mountain and has many ski in and out up market properties and Jackson which is placed at the south eastern edge of Jackson Hole which is 15 mins from the base.

The base houses a good selection of shops bars and restaurants and more upmarket ski in/out accommodation whilst Jackson retains its old school cowboy feel and has a free bus service to the base.

The majority of the pistes are below the tree line and best suited to expert skiers as the single diamond runs would be doubles elsewhere. There are a few linking intermediate pistes too.

There are two main mountains at Jackson Hole, Rendezvous whose height extends to an impressive 3185m, and Apres Vous which is at 2585m at its highest extent. Apres Vous is the easier of the two and has more to satisfy the intermediate skier. Snow King is another separate area right by Jackson Town which has mainly short steep runs which is mainly frequented by the locals at lunchtimes and early evenings.

Ski Line has a selection of hotels and condos in Jackson Hole both at Jackson and Teton Village. 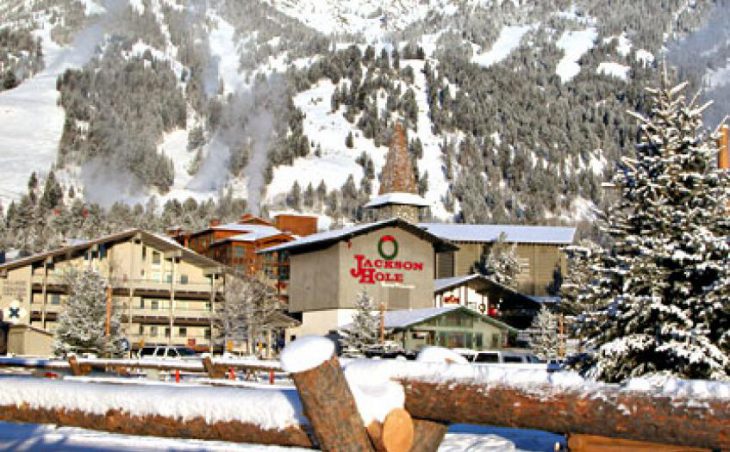 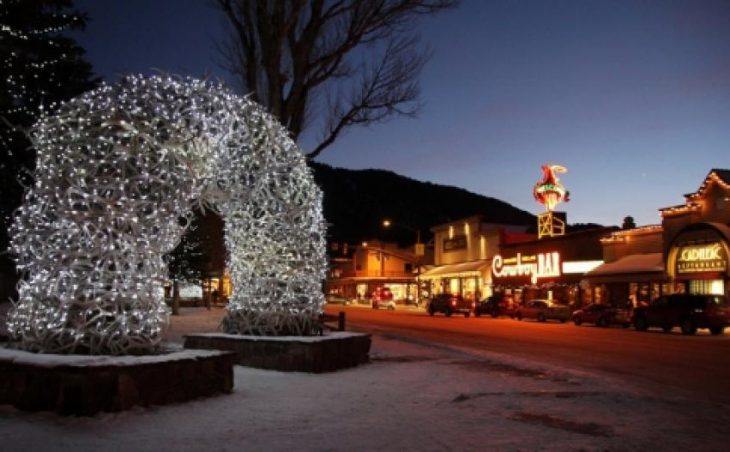 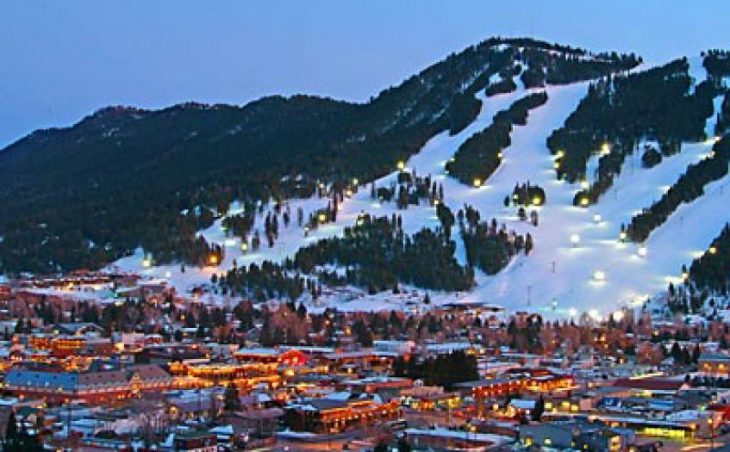 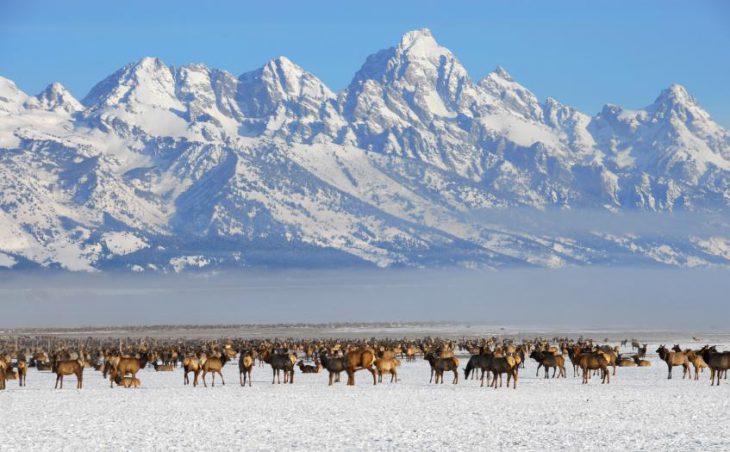 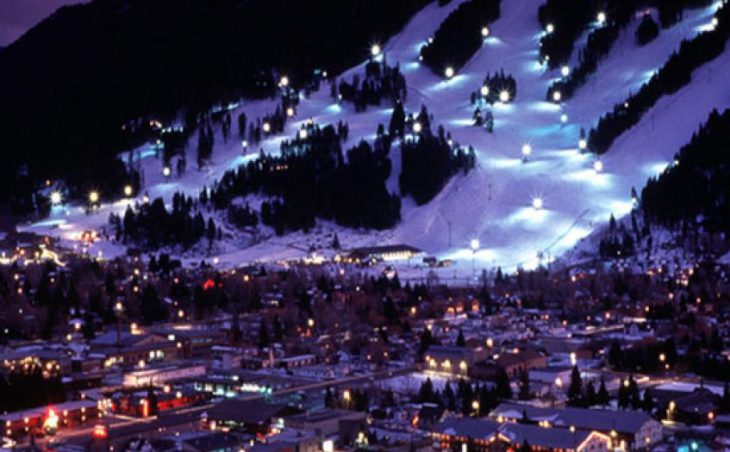 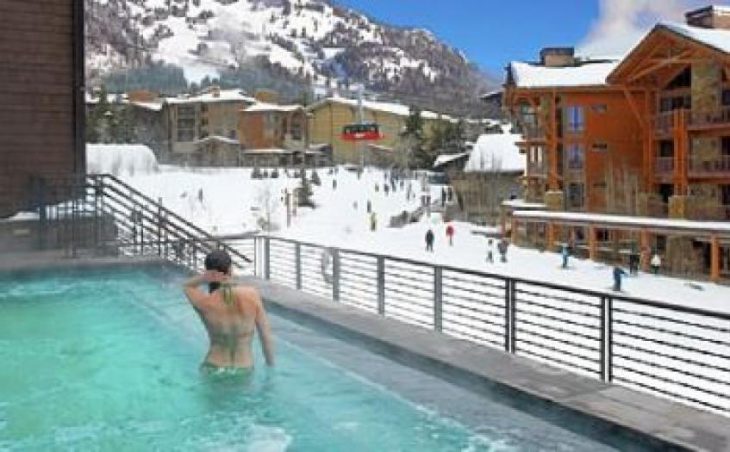 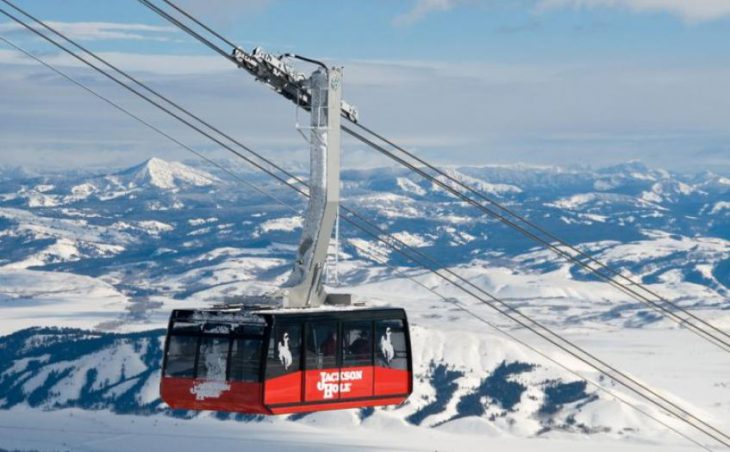 There are two chairs that serve the main beginners pistes, then head up to the Apres Vous for something a little more challenging. Jackson Hole, to be fair is probably better suited to intermediate and advanced skiers, get your first steps elsewhere and come here once you are a master!

There’s plenty of skiing for intermediates here and you’ll have the best terrain on the Apres Vous slopes. Once these are mastered you can head on over to the Rendezvous to try the more challenging slopes.

You’ll be in absolute heaven in this resort if you like it steep and deep, with adrenalin pumping couloirs you certainly won’t be disappointed. Corbets Couloirs is just that with a knee trembling jump to get you down to the 50 degree land you won’t be short on the head rush. Rendezvous mountain is packed full of Black and double diamond runs galore. The bowls have powder to die for, if you don’t mind a hike head for The Crags (accessed by a gate) Tree skiing is not overlooked here either, Woolsey woods is one that will delight. There are heli skiing opportunities here and a huge area (approx 3000 acres) of backcountry skiing which can be accessed with a guide. Experts often find it hard to find enough skiable terrain to keep them busy – at Jackson Hole – you won’t have enough time to experience all of the brilliant stuff that’s on offer here.

Expert snowboarders will be in their element here, this resort has to be one on your ‘resorts to ski before I die’ list! There are some terrain parks and super pipes to please.

The après ski in ski resort Jackson Hole at Teton can get pretty lively. The Mangy Moose is the main place to be and often has live music and always a good atmosphere.

There are plenty of cowboy saloons in Jackson with live music and dancing. Most famous are the Million Dollar Cowboy Bar, JJ’s and the Shady Lady Saloon.

Easting out in Teton is best on the large hotels and in Jackson town there’s a myriad of restaurants to choose from. The Million Dollar Cowboy does great steak and the Snake River brew-pub has unusual pizzas and a huge choice or beers. The Cadillac Grill is also worth a mention.

Activities off the slopes in Jackson Hole

If you aren’t skiing Jackson Hole is a great place to be as it’s busier in the summer than it is in the winter – it has plenty of non skiing diversions to tempt you.

There’s a national Elk refuge just down the road from Jackson and also the National museum of Wildlife Art. The famous Yellowstone National Park is not far by car and you can take snow cat or snowmobile tours with a guide.

Jackson has plenty of retail therapy with shops and galleries galore. There are also some museums to keep you occupied.