Why Ski in Lech?

Ritzy and glitzy Lech is popular with the wealthy from across Europe and particularly from Germany but holidaying here needn’t break the bank. Lech is part of the Arlberg ski area that includes St Anton, Austria’s best loved ski resort, which is now connected via ski lift creating the largest ski area in Austria.  Its local ski area is linked to Zurs and the two are Austria’s most fashionable ski resorts. It was here that the ski shots in Bridget Jones second film “the edge of reason” was filmed.

Lech is located at 1450m and has an excellent snow record with perfectly groomed pistes. The often upmarket hotels are located around the pistes and many have ski in ski out locations.

The cable car from Lech connects to Oberlech (250m above Lech) with its equally upmarket hotels some of which are connected by underground walkways. This lift stays open until 1:00 am allowing guests to sample the night life available down in the main ski resort of Lech.

Despite the upmarket hotels in Lech we still are able of offer cheaper options with serveral chalet style hotels offering a full catered chalet board package to the British market.

Most Ski Line clients prefer the 4 & 5* hotels, who offer a more personal service and we deal with all of the best of them.

For the independent traveller reaching Lech is easy with serveral airports within a couple of hours including Innsbruck, Zurich and the lesser known airport of Memmingen offered by Ryan air from Stanstead which is around 2.5 hours and offers a cheaper route for those on a budget.

Lech limits its visitors on the slopes to around 14,000 which means that  the slopes are far less crowded than in the St Anton side of the ski area and with its fast modern lifts, queues are not an issue. 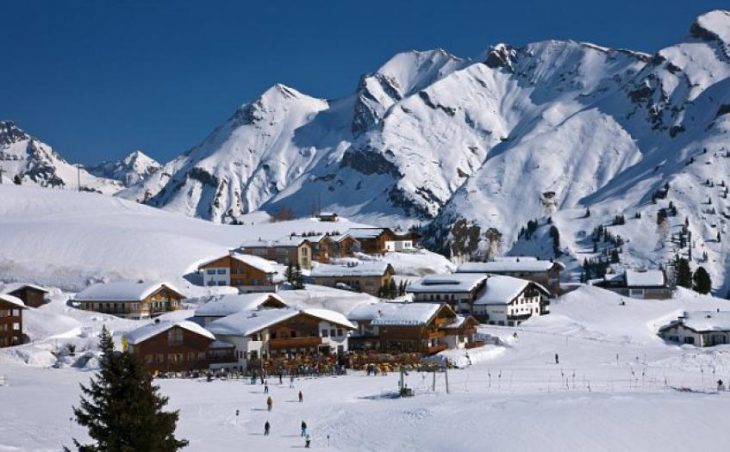 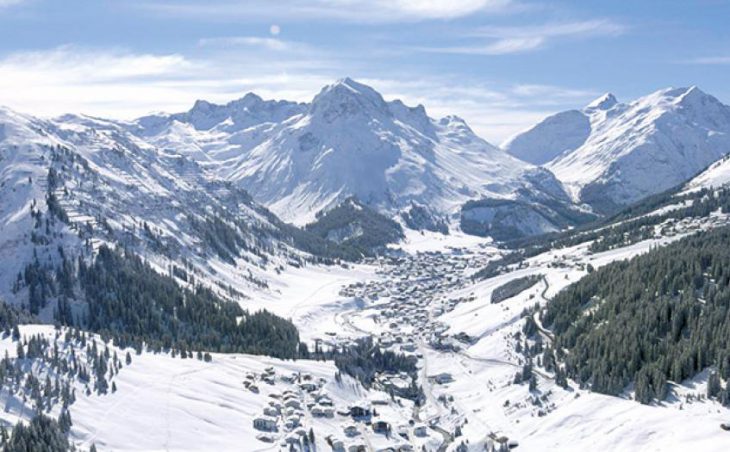 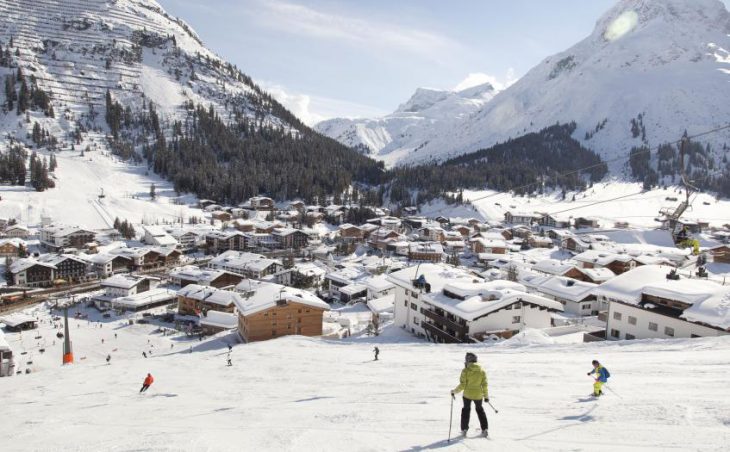 Lech is a perfect choice for beginners, the main nursery slopes are located at Oberlech but there is also a small dedicated area in Lech. Once you find your ski legs there are plenty of gentle slopes to progress too.

Lech and Oberlech offer masses of great skiing on perfectly groomed slopes. The circuit to Zurs and back is wonderful for any intermediate skier or snowboarder. There is one run back to Lech that although is marketed as a blue, is steep, and timid skiers may find it a little daunting.

With only one very short black run listed on the piste map you might think this isn’t a great place for advanced skiers, but it’s the off piste skiing that’s the main draw for experts. By comparison with St Anton the snow off piste lasts longer as fewer skiers ski upon it. We’d recommend booking a guide to get the most out the off piste skiing in Lech.

Lech as with all Austrian ski resorts has fantastic après ski with the bars by the lifts in town getting very crowded and lively as the lifts close. Later on in the evening Lech and Oberlech both offer a good selection of bars and clubs, some playing live music.  After 7:30 pm the local free buses stop and are replaced by the James taxis which are low cost and run until 3:00 am.

Activities off the slopes in Lech

Many of Lechs visitors have no interest in sports or other off slope activities preferring instead to promenade in their fur coats around the many shops and bars! There are about 40km of walking paths and the one along the river to Zug is highly recommended. In the evening, sledging down from Oberlech on floodlit slopes in great fun, particularly for children.