The ski race for witches only

You have until the 12th of January to register your mother-in-law for the annual Belalp Witches ski race! This annual ski race staged in memory of a witch will be the 37th year of running and will be held in the Swiss Valais region this January.

Legend has it that a witch, who lived in Hegorn in the Natischerberg mountain, was married to a pious man, whom she hated. She would visit her lover who lived in the opposite valley by disguising herself as a raven. 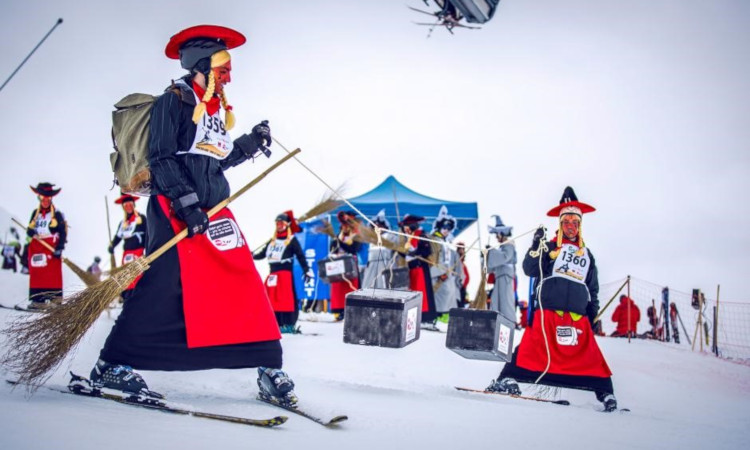 One day, as she flew home in raven disguise from one such illicit meeting, she spotted her pious husband up a tree picking cherries and decided to kill him off by “pooing” in his eye as she flew over. This blinded him and he fell from the tree and died.

However, the authorities were wise to her raven disguise, caught her, tortured her and burnt her at the stake.

Centuries later, the Belalp Ski Club thought up the downhill witch festival to honour the pious husband. Legend suggests the husband fell off the cherry tree in Blatten, near the current finish point. Perhaps centuries later it might be more politically correct to commemorate the burning at the stake of the wrongly accused wife of witchcraft. 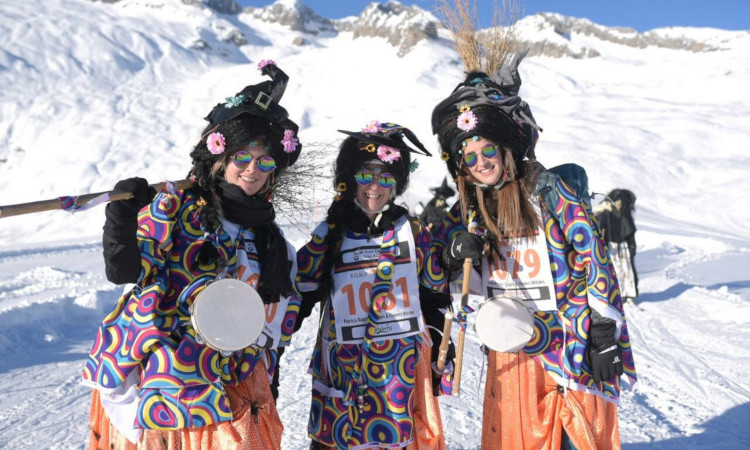 The 12km race between Hohstock and Blatten is taking place this winter between 12th and 19th January 2019.  This would be a good week to have a skiing holiday in the Valais region of Switzerland!