Fears for the future of Tignes summer skiing on the Grande Monte glacier has promoted the mayor of Tignes, Jean-Christophe Vitale, to take drastic actions to keep Tignes as an all year round ski resort. 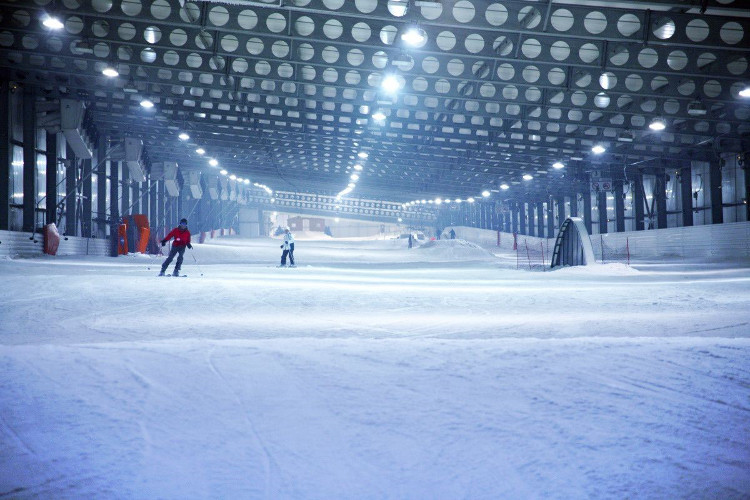 Tignes already has the longest ski season of any French ski resort with around 9 months skiing available on the glacier. Its where most world class skiers train in the summer.

However, concerns about climate change there is a real possibility that the glacier could be a distant memory in the next decade or so. its planning to now include an indoor ski run could be completed before the end of 2018.

Its still in the planning stage but already has a name “Ski Line” (we are sure we have heard that name before, It’s got a ring to it hasn’t it) and a whopping estimated build cost of €62m. With expenditure like this its easy to see where our lift pass money is spent!

We understand the plans in Tignes are for an environmentally sustained building. Whether solar panels even on a roof 400m long could produce enough power to chill a large open space enough to keep snow in a good condition is known. Even at 2000m daytime temperatures can exceed 30 degrees in the summer.

However, in Dubai the average summer temperatures hit 42 degrees and the highest recorded temperatures was 52 degrees in 2002, so If Dubai can keep its snow cold in the summer we are sure Tignes won’t have a problem. Currently, the longest planned indoor ski run is in Dubai which is set to open soon. At 1.2km long that’s up to 7 times longer than anything in the UK. I’m not sure I’d be rushing to book a skiing holiday to Dubai, but If I was there already, I rent a pair to skis to give it a go, wouldn’t you?