Paradiski ski area is becoming even more popular 10 years on

Its been over a decade since the Vanoise Express cable car opened and connected two of our most popular ski areas in France on one ski pass. The Paradiski ski area is as popular as ever. In fact, La Plagne overtook Val d’Isere as our most popular ski resort in the 2015/16 ski season for the very first time in our 22-year history.

It’s over a decade since the Vanoise Express opened

La Plagne and Les Arcs are both big enough in their own right for a good weeks skiing holiday, but combined they make a mega ski resort offering 425km of pistes that suit every level of skier from advanced and expert skiers to the first time skier.

The ski range is impressive with over 2,000m of vertical drop, the lowest ski runs at 1200m and the highest at a chilly 3,250m, most of the runs above 2,000m which makes the Paradiski area one of the best snow sure ski areas in Europe.

Choose from over 100 different ski holiday chalets, apartments and hotels in Les Arcs

Choose from over 200 different ski holiday chalets, apartments and hotels in La Plagne

If you are planning on booking your ski holiday through Skiline.co.uk the only problem is choosing where to stay. We feature nearly all of the satellite villages you would want to choose from, including the popular ski in ski out village of Arcs 1950 with its smart self-catered apartments. Catered ski chalets and chalet hotels in Plan-Peisey and Vallandry in the Les Arcs side of the ski area. 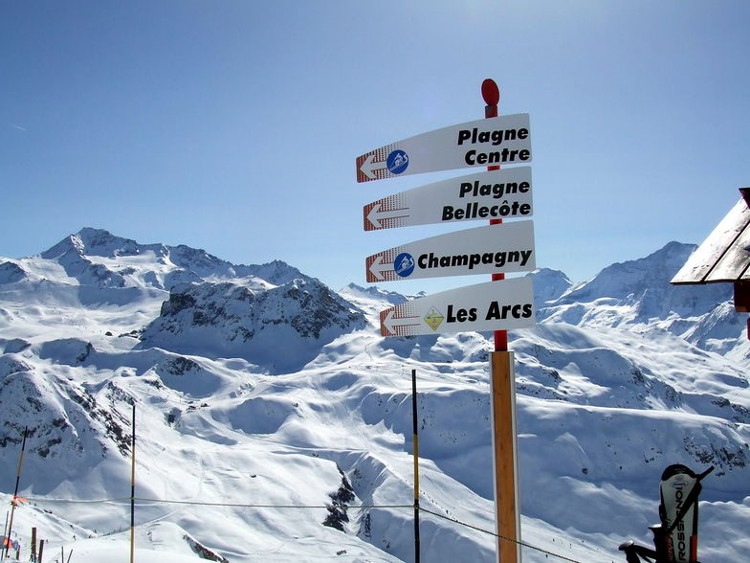 In the La Plagne side, the choices are even greater! The smaller lower villages of Montchavin and Les Coches has several great chalets. So too does the village of Montalbert. We offer a good choice of family chalets and hotels in Plagne centre, which is centrally located for exploring the whole of the La Plagne ski area. Apartment, chalets hotels and apartment styled catered chalets are available in the higher villages of Belle Plagne and Plagne Bellecôte.

Trying to select just our wonderful holidays in the Paradiski area isn’t simple, so I’ve selected a choice to suit various group sizes and tastes and budgets that have proved popular with our clients

Club Med saw the potential of the Paradiski area

Club Med already have 4 all-inclusive ski resorts in the Paradiski ski area and have plans to open a 5th in Arc 1800 in time for the 2018/19 ski season. Currently, the range includes the popular family destination and 4 trident Peisey-Vallandry, the closest of Club Med’s resorts to Vanoise Express linking to the La Plagne side. Also, a 4 trident standard, is Club Med’s all-inclusive hotel at La Plagne 2100, this ski in ski out hotel is high and snow sure and the savings had by booking a skiing holiday where everything is included makes it a popular choice with families too. 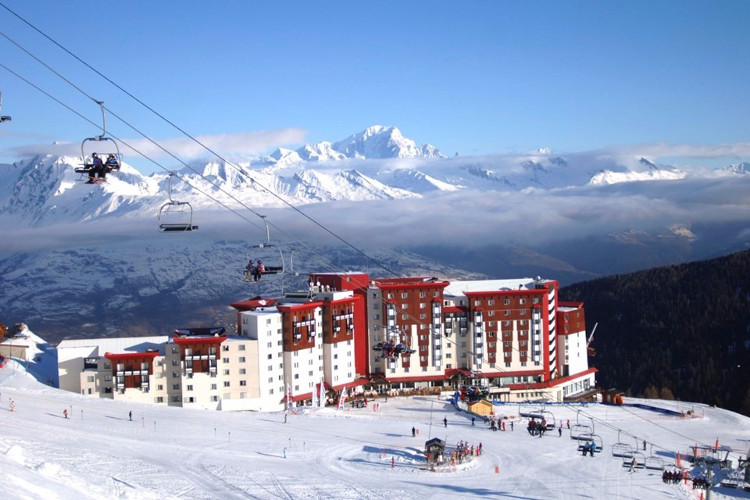 Club Med’s Arcs Extreme is a 3 trident level and following a refurb, became an adult only hotel from the start of this year, it has proved popular with groups looking for a good ski deal. Finally, Club Meds Aime La Plagne was our top seller last winter, it offers exceptional value for money, particularly over the peak school weeks.